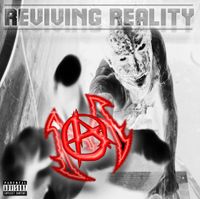 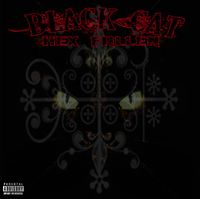 HEX FALLEN's - "BLACK CAT": A Special Version, is Available Now! :HERE: Arriving Soon! There will be the Full 8 Track Digital Version.
The Hard Copy Version, of this Title? Will host 13 tracks! Available Soon... 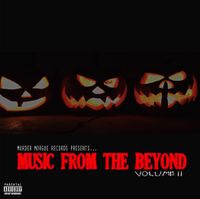 MURDER MORGUE RECORDS PRESENTS... MUSIC FROM THE BEYOND - Volume II: Many Remember? The First Title, in this Series from Last Year! This Series, is a special release. Limited amounts, are made and sold by our Official Artist's, at Shows Only! This Year's Version? Will be like the first. A Single Disc Hard Copy Release Sold Only at: "Rise of the Forbidden Ones" - Tour & Shows; To Include All Murder Morgue Records Live Events/Shows this 2016 Year. You will Not Be Able to Get this Upon Request? It is a Shows Only Feature.... 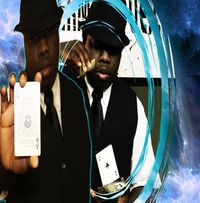 KING MICAH - "MUSIC is MAGIC": K.M.'s, is Currently Working Up a 5 Track Demo Titled: "Music is Magic". This release, is being planned to become Digital & Hard Copy. The title, will be available beginning, this Summer '16. King Micah, is according to our knowledge the 1st Hip-Hop Artist / Magician! So "Music is Magic"! Will Combine the Powers of his World into One.... Stay Tuned.

Music is Magic - will Feature? 5 Tracks! 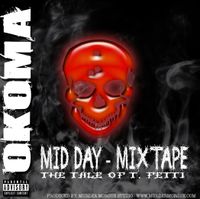 OKOMA - "Mid Day - Mix Tape - the Tale of T.Fetti": You Will Be Learning More About OKOMA, in the up coming months! Currently? OKOMA, is working with Hex Fallen on a Mix Tape & LP. Hex Fallen, is producing both Titles. Although? OKOMA, is not an Official Artist, with Murder Morgue Records, at this time, Yet? Murder Morgue Records & our Studio, will be hosting his brand & music via: www.HexFallen.com & www.MurderMorgue.com! We do this for him, because OKOMA, is a bad ass artist & friend of Hex Fallen's. OKOMA, will also? Be featured, as a special guest artist, at this years: "Rise of the Forbidden Ones Tour - hosted by: Murder Morgue Records", alongside other Filler's we may feature... OKOMA, if he stands the trial of the Murder Morgue? Will then Become an Official Artist After 6 Months.... Stay Tuned!

OKOMA, brings a different style outside of Murder Morgue Records - "Music from the Beyond", yet speaks the Language, that our other Official Artist Do! OK's Music? Is Hood! It's Thug Life! So if Your into the Street & Hardcore Rap? This Artist, will Have Your Speakers Boomin, on Your Scene Soon... 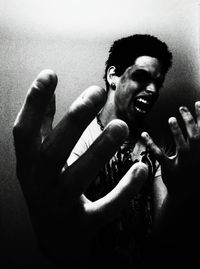 WHO'S A FAN of A.M.'s ACOUSTIC MUSIC? Then You're in for a Real Treat! Real Soon.... A.M., will be releasing a "UN-PLUGGED" Online Only Release, that will Feature New Music & Previous Unreleased Music! Of which? Was Going to Be on his 1st Release "Human Coffin".  For those that didn't know? A.M., outside of Rap? Commits to? Acoustic Songs done with his epic guitar. Creating beautiful music! After the mannerisms of Johnny Cash, but without the Twang... Stay Tuned! This release & Cover Art? Will be Available Soon.... 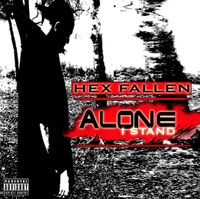 HEX FALLEN's - "ALONE IS STAND": This Title was a release in Nov 2014, by HF!
Will be featured & remixed a little, as a single disc Hard Copy, with "BLACK CAT" - (hard copy version).
The Cover of the Single Disc, will Change A Little. Also? The Nocturnal Single? Will be Added to the List of Tracks, with this Title, on it's single disc hard copy version.... 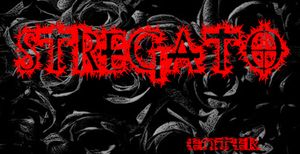 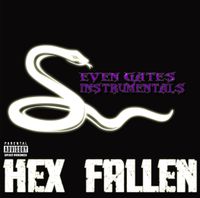 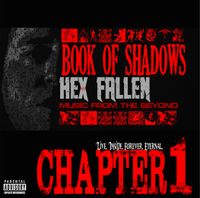 HEX FALLEN - Later this Year will be working up the following...
SEVEN GATES - Instrumentals & BOOK of SHADOWS - Chapter One: "Book of Shadows", will Feature 9 - 11 Tracks! With Seven Gates Instrumentals - featuring 7 tracks... More than likely? These two release's, will be sold together, as a Hard Copy Release! Book of Shadows, will be the full Album; While 7 Gates, will be on a single disc with, Book of Shadows! Digital Versions? Will be sold individually! The Book of Shadows - Hard Copy Edition, will also feature a special link to obtain the following E-Book. Under the alias Dante Durrell - a.ka. Hex Fallen... Dante Durrell? This is a pseudo name, that Hex Fallen, will be using for future books he plans to write...

For those that do not know? Hex Fallen, is a Solitary Spiritualist, of the Occult. HF, has extensive knowledge in the field, and it's time for him to share that knowledge with the world. For eons? Many have written books & literature on these types of subjects, but this sharing of knowledge will be? From the standpoint of Logic & Spiritualism... Hex Fallen, has been wanting to get into literature for several year, but life? HF, is a diligent in English, and his a very masterful writer of stories and literature in secret. Now it's time for those secrets to come to the Light.., 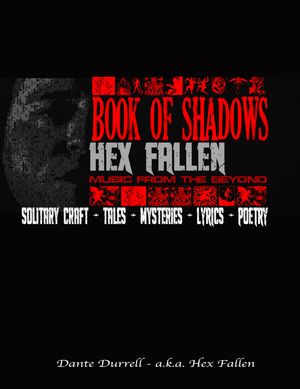 Work for these 3 features Begins Later this Year! Most? Has already been started! Yet? You can Expect this Release for 2017 & this will be the Only Post? That will be spoken of? Until Later in the 2016 Year! It's a nice way of saying? Hey! It's well on its way..... Stay Tuned!


STAY TUNED.... SOON WE SEND OUT INFORMATION on FILM FEATURES, by Murder Morgue Studio, that WILL BE ARRIVING...